Shantha Ready Alonso, Executive Director
Shantha has served as Executive Director of Creation Justice Ministries since 2015. In her time as Director, she has prioritized racial-ethnic equity as a driving force for protecting, restoring, and more rightly sharing God's creation. Shantha's writing has appeared in The Hill, the Colorado Gazette, The Day, Sojourners, Patheos, and Justice Unbound. She has also been interviewed by NPR, Religion News Service, U.S. Catholic, and various podcasts. Shantha has arranged numerous stakeholder meetings between people of faith and policymakers. She has testified before the US Environmental Protection Agency, the US Department of Interior, and the White House Office of Management and Budget. Shantha is listed among the 2018 “Grist 50 Fixers” and is the recipient of the 2020 National Council of Churches USA's J. Erwin Miller Excellence in Ecumenical Leadership award.

Shantha studied at the University of Notre Dame, and collaborated with Maryknoll Missionaries through her Chilean study abroad program. After college, she did congregation-based community organizing with Faith In Action (Formerly known as PICO: People Improving Communities through Organizing) as well as Metropolitan Congregations United in St. Louis and the Gamaliel Foundation.

Shantha worked for the National Council of Churches from 2008-2013 doing young adult, anti-poverty, and eco-justice ministries. Shantha went on to lead the community mobilization efforts of NETWORK Lobby for Catholic Social Justice. She also served as vice chair of the World Student Christian Federation from 2008-2015. Shantha is a contributing author to For Such a Time as This: Young Adults on the Future of the Church as well as A Child Laughs: Prayers of Justice and Hope. She is editor of the anthology: Towards a Global Christian Movement for Eco-Justice: Young Voices from North America. Shantha holds a Master of Social Work and a Master of Pastoral Studies from Washington University in St. Louis and Eden Theological Seminary. Find Shantha on Twitter at @ShanthaRAlonso 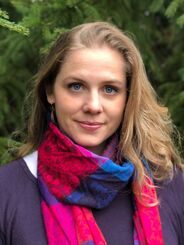 Annika Harley, Policy and Outreach Associate
​
Annika graduated from Manchester University in May 2018 with a degree in Social Work and Peace Studies.  She has a passion for environmental issues and social progress, and is active in the Mennonite Church.

Annika spent a year studying abroad in Ecuador where she learned Spanish and worked as a legal assistant for Unión de Afectados por Texaco in Quito.  Additionally, she held the Environmental Justice coordinator position for On Earth Peace.
​
Outside of environmental justice, Annika’s other interests include traveling, swimming, running, origami, and visiting her family and friends in Wisconsin. 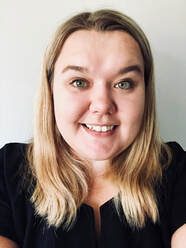 Amanda is a recent graduate from Cornell University, where she obtained a Master's in Public Administration and concentrated on nonprofit management. Prior to receiving her Master's, Amanda graduated from Hartwick College where she pursued a double major in Business Administration and Political Science.

Amanda has experience in consulting, event management, fundraising, organizing, marketing, and communications. She is passionate about working with nonprofits, and helping them achieve their missions. Outside of work, Amanda is an avid reader and enjoys finding unique editions at used bookstores. 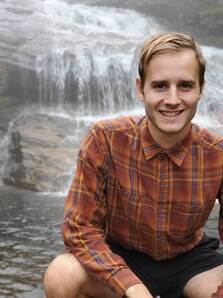 Avery is a student, writer, and activist, studying the intersection of Christianity and the environment at Duke Divinity School and the Nicholas School of the Environment. Avery grew up in Topeka, Kansas, a city surrounded by farms, grasslands, and prairies. It was in these wide-open spaces he developed a deep love for agriculture, wilderness, and the beauty of Creation. He traded prairie vistas for ocean vistas when he moved to Pepperdine University in Malibu, California. At Pepperdine, Avery cultivated his interest in the land, studying Biology and Ecology, with a minor in Sustainability. Avery has worked for the US Geological Survey, doing stream ecology research in the Santa Monica Mountains, Sojourners, where he focused on environmental organizing and advocacy, and Interfaith Power and Light, where he mobilized faith communities in support of local and federal climate campaigns. He is a Re:Generate Fellow with the Food, Health, and Ecological Wellbeing program at Wake Forest School of Divinity and a board member for the Center for Spirituality in Nature. He has written for publications ranging from Conservation Biology to Sojourners. You can find him on twitter @averydavislamb. 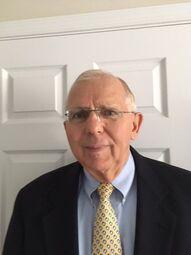 ​Jim is a part time volunteer from the Ignatian Volunteer Corps. He is intensely concerned about global climate change and healthy air, water and land.  He is a practicing psychotherapist and a retired Army officer.  He started the eco-ministry committee at his church about ten years ago.  He enjoys volunteering with Creation Justice Ministries where he does creative writing which integrates gospel truth with scientific environmental facts. 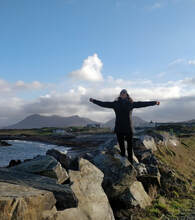 Andrea "Danny" Folds, Content Contribution Volunteer
​
Andrea "Danny" Folds has been volunteering for Creation Justice Ministries since 2016 and is amazed at how much their small but mighty team accomplishes. Originally from Atlanta, Andrea's studies and work have taken her from New York to Nashville, Montreal to Mexico, and now to Washington, D.C., where she lives with her partner. She is proud to serve as legislative counsel for oceans at Earthjustice, and in her spare time, she enjoys staring at trees for as long as is socially acceptable. 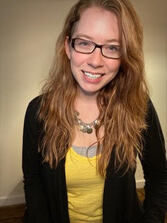 Hannah is a minister of the Christian Church (Disciples of Christ) serving as the Missional Pastor at Cypress Creek Christian Church in Spring, TX . After receiving a BA in Vocal Performance and studying at the University of Chicago Divinity School, ministering to the unchurched and de-churched demographic became a strong pastoral passion. Her work is rooted in the sense that our 21st century lives have become so compartmentalized and dis-integrated that we are losing our sense of identity as good, connected, beloved and powerful extensions of the divine that lives in, through, and for all creation.